If you’re interested, shoot me an email at hello(at)rthr.me.

Back in August 2020, it had its battery and top case replaced under AppleCare. The battery now has 13 cycles on it and the keyboard is brand new, since I’ve used it exclusively in clamshell mode since then. This machine has the “fixed” version of the butterfly keyboard.

The computer is still covered under AppleCare through July 13, 2021. I’ll make sure to transfer the AppleCare coverage to you.

It’s in great cosmetic condition! The only “ding” is that after the battery service the display is ever so slightly skewed to one side when the machine is closed. I tried to capture it in one of the pictures below. It doesn’t impact anything and I’m sure Apple could fix it - I just haven’t seen a reason to take it in just for that.

There’s nothing wrong with the computer at all! It works just as well as the day I bought it. I’m selling it because I’ve switched to a MacBook Air. 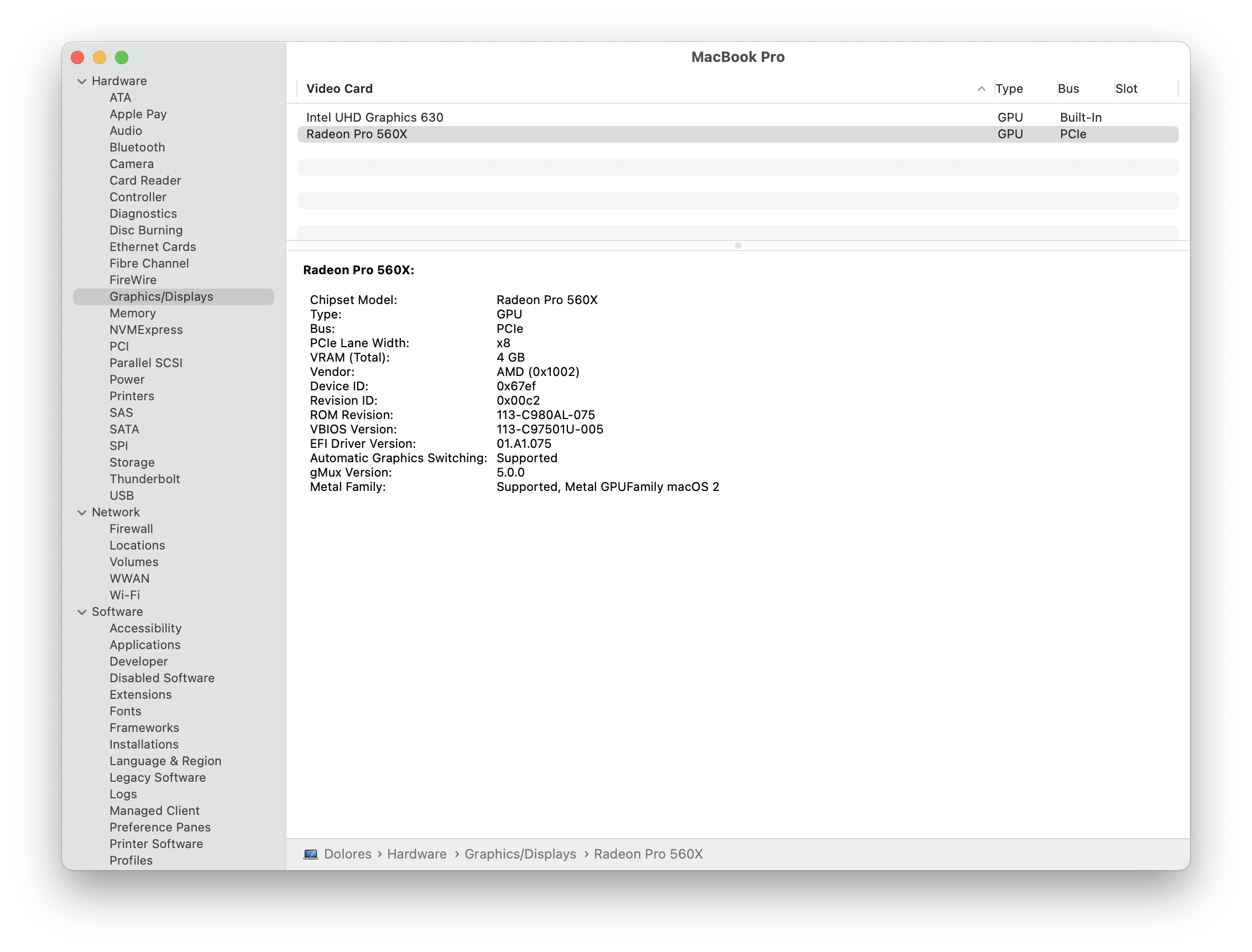